Polyurea is a type of elastomer that is derived from the reaction product of an isocyanate component and a synthetic resin blend component through step-growth polymerization. The isocyanate can be aromatic or aliphatic in nature. It can be monomer, polymer, or any variant reaction of isocyanates, quasi-prepolymer or a prepolymer. The prepolymer, or quasi-prepolymer, can be made of an amine-terminated polymer resin, or a hydroxyl-terminated polymer resin.
The resin blend may be made up of amine-terminated polymer resins, and/or amine-terminated chain extenders. The amine-terminated polymer resins do not have any intentional hydroxyl moieties. Any hydroxyls are the result of incomplete conversion to the amine-terminated polymer resins. The resin blend may also contain additives or non-primary components. These additives may contain hydroxyls, such as pre-dispersed pigments in a polyol carrier. Normally, the resin blend does not contain a catalyst(s).
Uses
Polyurea and polyurethane are copolymers used in the manufacture of spandex, which was invented in 1959.
Polyurea was originally developed to protect tabletop edges which led to the development of two-component polyurethane and polyurea spray elastomers took place in the 1990s by Mark S. Barton and Mark Schlichter (US 5534295 patent). Its fast reactivity and relative moisture insensitivity made it useful for coatings on large surface area projects, such as secondary containment, manhole and tunnel coatings, tank liners, and truck bed liners. Excellent adhesion to concrete and steel is obtained with the proper primer and surface treatment. They can also be used for spray molding and armor.Some polyureas reach strengths of 40 MPa (6000 psi) tensile and over 500% elongation making it a tough coating. The quick cure time allows many coats to be built up quickly.
In 2014, a polyurea elastomer-based material was shown to be self-healing, melding together after being cut in half. The material also includes inexpensive commercially available compounds. The elastomer molecules were tweaked, making the bonds between them longer. The resulting molecules are easier to pull apart from one another and better able to rebond at room temperature with almost the same strength. The rebonding can be repeated. Stretchy, self-healing paints and other coatings recently took a step closer to common use, thanks to research being conducted at the University of Illinois. Scientists there have used "off-the-shelf" components to create a polymer that melds back together after being cut in half, without the addition of other chemicals.
Polyurea has become a preferred long term solution for narrow boats. The traditional coating with bitumen, known as "blacking" is being replaced with the practice of Polyurea Coatings. The clearest advantage is that it is not necessary to reapply a coat every 3–4 years. It is thought that Polyurea Coatings last 25–30 years. 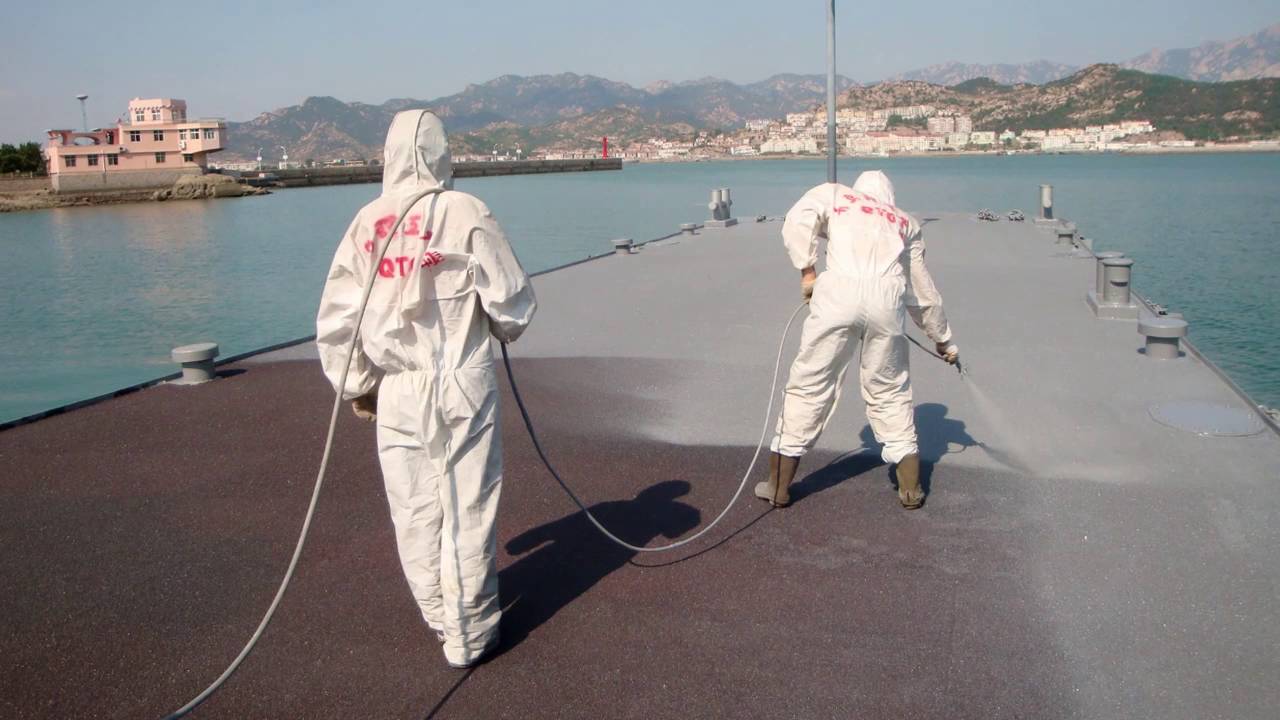